After Kyanime 2012 at Kuching, although my crossplay is hideous, I got a lot of praise for my costume especially the Marisa Kirisame witch hat. If I remember, I am the only one there that is wearing such a big hat. 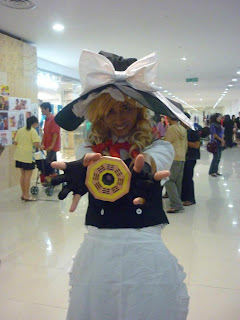 Previously at Kyanime 2011, I wear the same hat but it is made of paper. It is actually a Mega size 1:1 version of a Marisa figure papercraft and a little bit of modification. After the event, I throw it away, because for me, it looks sucks.


So back to topic, here's what you need:
-Black cloth, i use a thicker one, the seller said it is mostly used for making silat uniform, or restaurant apron.

-White cloth, i use the same material as the black cloth. But my mom said "you should buy a lighter one for making those frilly things"


-Kain keras (hard cloth), the iron-on with glue on it. I don't know what this thing called. It is used to harden the cloth. You iron it and it sticks to the cloth. Mostly used on collars.

First you need a base. It is easier than making from scratch. My base is this cowboy hat. I cut open the top so it's easier for me to sew later on. I also cut the wire around the hat. That wire actually used to make the hat bend and shaped like....a cowboy hat. 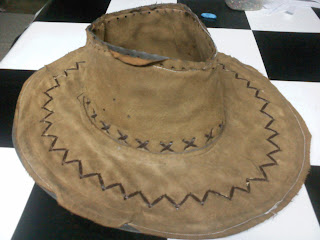 Take a used paper and draw how big you want the hat is. For me, it's about 1 meter wide. Some people like it small. It depends on you.
Make a hole on the center for your head, it should be the same size as the base hat. 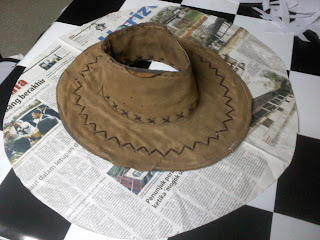 The paper is only used for reference. See here that the hole fits with the top base hat. 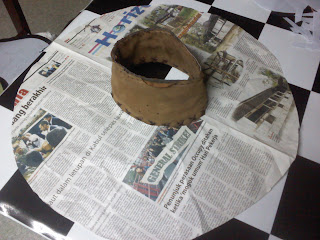 The let's make the hat pointy top. It is basically a cone shape. Make a big triangle with semi round bottom, fold it in 2, that's a cone. Make sure the bottom cone is the same size as the top base hat/center hole. 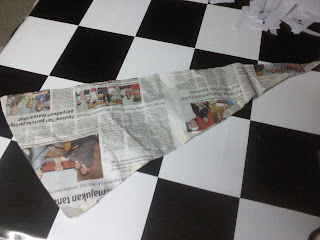 Let's see if those paper reference fit the base hat. Hmmm....looks good. 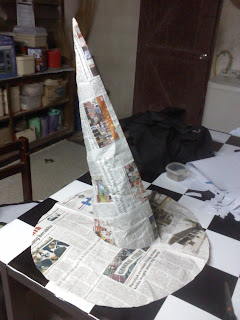 Now, cut the black cloth as the same shape and size as those reference paper. Make sure to leave some 1 1/2 inch to make space for sewing them together. Note the pointy cone, I already sew them together. For the round lower hat, you need 2 of them. Top and bottom. Neko not included. 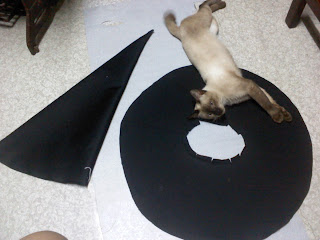 Next, cut the hard cloth a bit smaller than the round lower hat, and iron it. It will stick to the cloth and make the hat harder. I do both for the top and bottom part of that lower round hat. (Hope you can understand this) 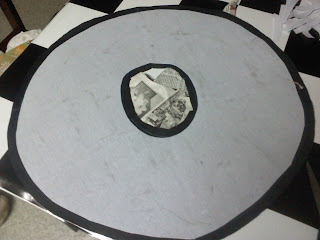 I also ironed the hard cloth inside the cone. This is a less thicker one. Too thick and it will not bend at all. 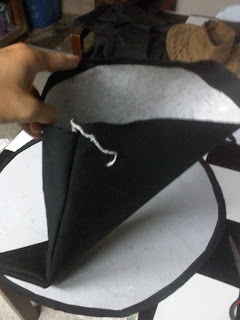 Sew them all together. Hrmmm...I think the cone part is still too soft. Maybe you should use a bit thicker hard cloth (the inside). 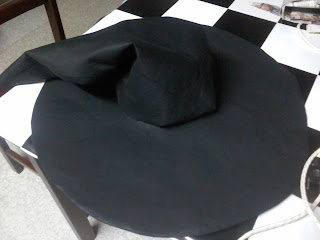 Now, take that cowboy base hat and shove it in there. Actually you can wear this hat without the base, but I choose to use the base to make the hat even harder especially the cone part. 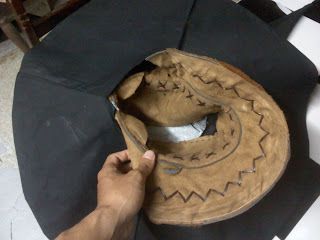 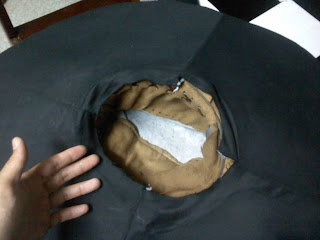 Email ThisBlogThis!Share to TwitterShare to FacebookShare to Pinterest
Label: Cosplay

Make confident your ab belts have a diverse toning plan.

What does an ab exercise imply?