Want More FFXIII? How About FFXIII-2? 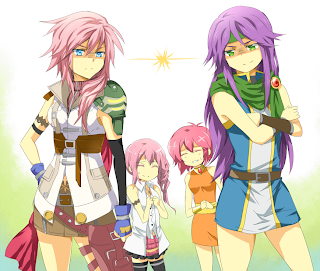 
The just acquired domain is finalfantasy13-2game.com. There's nothing inside at present, of course.

The domain was not registered by Square Enix, but by a company which has registered domains on their behalf in the past, covering titles such as Front Mission Evolved, Nier and Gun Loco, all major recent or upcoming Square Enix releases.

With these proof, it is hard to believe that the domain was not registered by Square Enix, it could be fan made. But the question now is if the registration is just Square Enix merely domain-name squatting or if they're really up to something, like a real sequel of the game. It's not that surprising, they've made Final Fantasy X-2 before, didn't they? 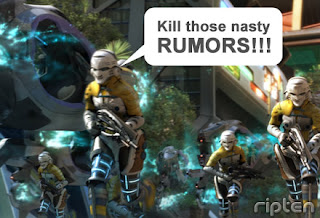 If they do released the game, many will be interested to see whether the game will follow the cursed linear FFXIII which made the original such a hit, or FFX-2 mission style. Serah could be a Pop-star. And Lightning will be a delivery woman.

We also must not forget the original game side story, FF Agito XIII and FF Versus XIII.
Dicatat oleh GreyToshiaki di 01:48

FFXIII-2 worst FF game in the world.FFXIII & XIII-2 are insults to even call a FF game.People agree ever since Squares merger.They are a total joke.Don't own 13 & 13-2 & when the trilogy to these appocalypses come out.Remove them from the shelf & toss them in the trash & send the message not worth even free.Enix learn to creat a bloody FF game worth calling FF.2nd if your going to creat a FF game with chars from different FF games INCLUDE ALL CHARS & don't you EVER disclude the best,hottest & sexiest char Yuna!And non of this childizing Disney fairy crap.Bring back the system of FFX & trash the system of 12,13,13-2 & NO MORE DISNEY CRAP!Smarten up Enix & smarten up FAST!Look at your forums & find out ever since your merger with Enix people think your a total joke.

Link exchange is nothing else except it is just placing the other
person's blog link on your page at suitable place and other person will also do same in favor of you.